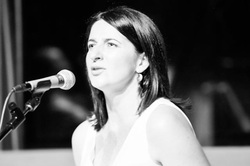 Krisztina Nemeth  www.krisztinanemeth.itKrisztina Nemeth
is a professional opera singer and professor, who graduated at the University of Music and Performing Arts of Graz (Austria).
She is a researcher of sound and voice and of the connections between visible and invisible energies. After an important career in the opera world, in December 2012 she discovered  her gift, she is a spiritual vocal medium.
From then on she has devoted herself to spiritual healing through her voice and to teaching and helping people to reach their balance through their own voices.
With her mediumistic healing voice she has sung for famous people as Masaru Emoto, Angaangag, Kiara Windrider, Pascal Voggenhuber and Daniel Meurois.  She works together with several clairvoyant mediums in Italy and abroad and with scientist Daniele Gullà. She holds  concerts and seminars of “Healing Voice" in Italy and abroad.
Krisztina is invited as "Healing Voice " and as speaker to various congresses, The Circle of Life, Psicomedicina Quantistica and Water for Unity among others, and collaborates with Quantic Records LTD, where her Cd Clouds Project (2013)  and her Cd Healing Voice (2014) was published. Her first book "Healing Voice - Il suono guaritore del canto medianico" will be published in Italy (2014 Verdechiaro Ed.)
At present she is engaged in detailed studies of mediumship and trance healing at the “Spirit Messenger Center” in Switzerland and at the School of Spiritualism and Psychic sciences of the Arthur Findlay College in Stansted, England. 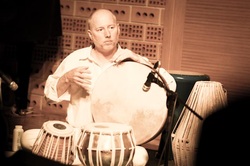 Gábor Ölvedi  www.daburkaoktatas.hu
developed an admiration for music pretty soon. After several attempts to find the matching instrument, he decided to play as many percussion instruments as he could carry with himself to a concert. His path as a musician started in 1989 at the Antal Csermák Music School’s Jazz-Drum Department in Veszprém. But Hungary wasn’t big enough for his hunger for rhythm complexity so for four years he traveled back and forth to Turkey and Morocco for knowledge and inspiration. Between 2000 and 2006 he participated at workshops and private lessons with Hossam Ramzy, Issam Houshan, Abdou Manssour to perfect his Syrian and Egyptian percussion technique. But he was still studying new instruments, so he took private lessons from the table player of the world famous Calcutta Trio, Peter Szalay. He performed with several bands as the Veszprémer Klezmer Band; the Tatros Band (Csango music); the Kalahári Band (World music); the Khalifa Band (Middle-eastern; Greek, Turkish music), the Pára Band (Sacred world music); Al Tabla Percussion Group (Middle eastern drum band) – in which besides composing he played darbuka, tapan, riq, armenian dhol, frame drums, doholla, conga and bongo; the Rickey project with Haddad H.-Mohamed K.; the Koma Sipan band (Kurdistanian music), Yeraz Band (traditional Armenian music) and the Haninah project (world music). His latest experiment contains an opera singer and a cellist under the name Clouds Project, where they improvise on different meditative ideas and levels. His musical style includes rough industrial riffs, expressive diversity, playful virtuosity, complex polyrhythm and melody supporter bombproof basics as well. He works together with belly dancers as well and teaches percussion on different levels. Beside music he has his own firm which growns and sells organic spices, teas and other bio products. 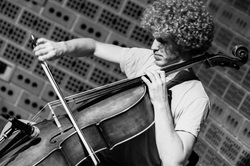 Kertész Endre was born in Szentendre, Hungary. He started to study cello at the age of 5. Pretty soon it became obvious that it was not just a temporary enthusiasm for the instrument. After the music school he went to conservatory where he studied from the solo cellist of the Hungarian Opera. Parallel to his studies he started to play with the Chamber Orchestra of his hometown and travelled with them around Europe, sometimes already as a soloist as well. After the conservatory he had some private lessons with Ottó & György Kertész, György Déri and Stefan Kropfitsch. From 2000 he got accepted to Wolfgang Herzer’s class in Vienna at the Universität für Musik und Darstellende Kunst. During his university years he won several scholarships (f.e. Erasmus in Barcelona where he attended the Premis Tutto Radio Competition and won 2nd price) and experimented with different styles of music. He had master classes with Kálmán Záborszky (HU), Csaba Onczay (HU), László Mező (HU), Uzi Wiesel (IL), Uri Vardi (IL), Reinhard Latzko (AT), Ivan Monighetti (RU), Anner Bylsma (NE), Marc Danel (FR), György Pauk (HU). He played klezmer, Arabic music, baroque, string quartet, heavy metal. jazz, contemporary improvisation and minimal music. Performed in China, Israel, England, Germany, Finland, Netherland, Italy and of course in his homeland. He became obsessed of creating new sounds and experimenting with new environments, techniques and musical arrangements. His final thesis he named after one of his idols, Frank Zappa: Music is not dead it just smells funny. The study deals with crossover and fusion projects focusing on the work of the string group Triology. After his studies he became a member and toured with several music formations, including but not limited to: “Marge“ – trip-hop band, „Haninah“ - Turkish traditional group, „Stringendo“ – String quartet at Holland America's ship the Westerdam, the „Kovács Ferenc Quartet“, the „By Heart Quartet“ – a crossover Flute quartet, the „Hybris trio“ – a contemporary impro group, the Free Style Chamber Orchestra, the Sickratman intim duo and become a member of the Budapest Anarchist Theater. He played together with the Trans-Siberian Orchestra, Agnes Vanilla, Lisa Minelli, Edina Szirtes Mókus, Bea Palya, Péter Gerendás and the Atar trio. As the latest addition to his experiments he started to play meditative music together with the opera singer Krisztina Németh and with the eastern percussionist Gábor Ölvedi. In addition to music he’s a passionate animal and language lover and always tries to see things from the brighter side.